Naya11 to catch the market in this IPL season: Popular Gamers introduced their fantasy cricket game 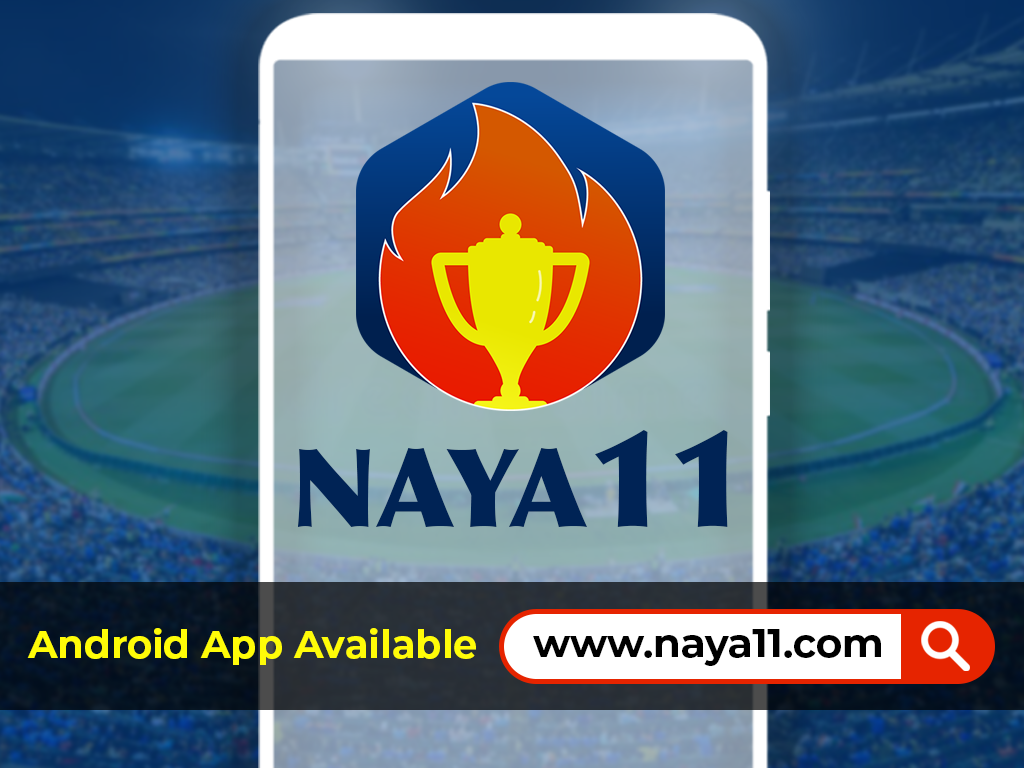 As Indian Premier League matches are getting heated up, Fantasy Premier League is also gaining its market in India. Fantasy Games make it possible for users to make their team and earn points when their players perform and win big cash. With an increased IPL fantasy among the people, Skull Gamers, a Pune-based online gaming company also released its fantasy cricket app named Naya11 into the market. The version which is only android friendly, as of now, is available on its website and users can download Naya11 apk from it. But unlike most other fantasy sports apps, Naya11 is designed to produce a different playing experience for its users.

Naya11 is a very user-friendly and legal app. Its navigation system is very much simple and has very smooth working. The application is android friendly and does not make your phone suffer. It’s simple but the impressive design is attracting many people to the game. This Fantasy league is now a new sensation among not only youth but others too. It’s simple and our easy design is making people play games irrespective of age.

To play the fantasy premier league in Naya11 first of all the people need to register in the Naya11 App. After choosing the match the users need to form a team of 11 players according to the knowledge of the game. The players are recommended to do some research before creating any team because it’s necessary to have the information of the players which the users choose to create a team, the pitch report, previous history. Once users have selected the 11 players, they will have to assign a captain and vice-captain for the team. The captain will give you 2x points scored by them in the actual match. The vice-captain will give you 1.5x points scored by them during the actual match.

The next thing people need to do is to select a contest in which they want to invest their money. Users have to pay some entry fees if they wish to join a contest to win money. Joining mega contests is also recommended as mega contests at naya11.com are having dynamic prizing pools, meaning the prize pool increases with an increase in players participating in the contest. Thus joining multiple contests like 1 head to head mini-contests and a mega contest is a great idea because people maximize their chances of winning by joining in those.

The application runs prize pools which are dynamic, meaning more the people join, more the prize pool, thus the playing members make up the winning prize pool as they join.

Naya11 has numerous contest categories. The popular ones are “SubkoMilega ” where they have 80% winners and “UltaHisab ” where people ranking from the bottom also get winning amounts meaning there is prize money for people who don’t rank well playing.

There are other categories also where the prize pool ranges from over Crores to a few thousand. In this IPL season, this Naya11 Fantasy Premier League is offering prizes worth up to 100 crores.

Another advantage of Naya11 is that it offers a credit of winning amounts to banks within minutes. The application sends your winning amount to the bank within minutes. Naya11 has tied up with payment gateways that handle the payment processing fast and conveniently.  Skull Gamers company has partnered with Paytm and Razorpay for payment processing, thus making the whole experience safe and secure. To get this service, the players just need to have their PAN Card and Adhaar Card details entered along with correct Bank details. With these simple steps, people will be eligible for instant payments.  Skull Gamers said that as the pandemic time is very challenging and of difficulties, the instant payment method will be a great help for the players and will be useful to thrive in this global pandemic time.